A mix of old and new electrical monitoring technologies is providing the necessary clues to determine the right kind of stem cells needed to repair the damaged heart. 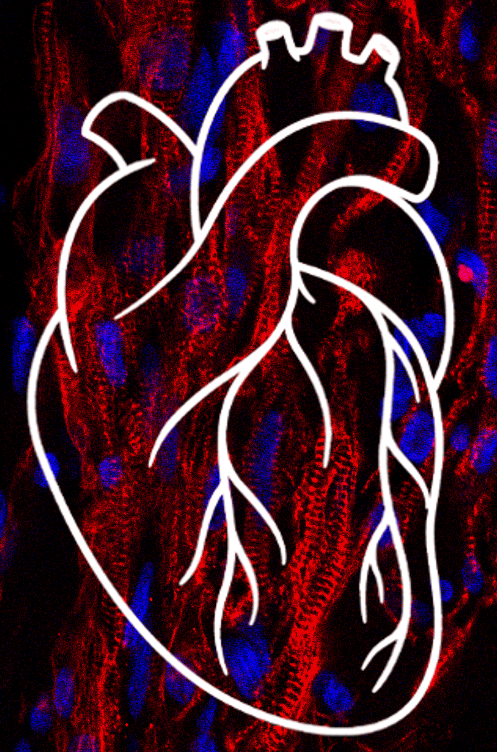 Anybody who knows a little bit of French could tell you that “la flamme” means the flame. The sort of thing you need to start a fire, light a fuse, or, in its metaphorical sense, begin a movement or ignite one’s heart.

It’s rather fitting then, that Dr. Michael Laflamme should be spearheading a new research project with the backing of an Ontario Institute of Regenerative Medicine Disease Team grant that seeks to mend broken hearts.

Elegant in design, the project’s aim is to convert scar tissue left behind after heart attack into new replacement muscle. The replacement muscle comes in the form of new cardiac cells, grown from stem cells in the lab and then transplanted into the injured heart. It’s the finesse work that makes it so elegant: it involves a more uniform type of heart muscle cell for transplant, the ability to efficiently scale it up into large numbers, and the use of a new electrical mapping technology to determine what effect the transplanted cells have on the natural rhythm of the recipient heart.

To achieve this, Laflamme needed to pack up his Seattle lab and relocate to Toronto. Now settled in at the McEwen Centre for Regenerative Medicine and Toronto General Research Institute in the University Health Network, he is unequivocal about the wisdom of his move, despite the fact that it’s mid-January, the deep heart of a Canadian winter.

“Many of the missing pieces for our work in Seattle were already in place here,” said Laflamme. “Toronto has world class experts in stem cell biology; people that are working in the same area and are kindred spirits. I’m an applied sort of guy. I want to see these cells put to use fixing injured hearts, and I think we can do it better here than any other place in the world.”

Too quiescent, that beating heart

Heart repair has long been a challenge of modern medicine. Comprised primarily of muscle, the heart is somewhat unique among our organs in that its resident population of stem cells are not terribly active once they’ve finished the job of building the organ prior to birth. The stem cells in our body’s other muscles, in our blood and in our skin, for example, are far more active and are regularly called upon to replace tissue that is damaged during exercise and injury.

In contrast, the heart’s lazy (the scientific term is quiescent, a much less derogatory descriptor) stem cells don’t jump to action after injury, as is the case in a heart attack. Over the years, two main approaches to dealing with this problem have emerged: the first seeks ways to encourage the resident population of heart stem cells to wake up and repair the tissue, and the second uses heart stem cells grown in the lab that can then be transplanted into the patient. It’s in this second approach that Laflamme and his colleagues on the OIRM-funded grant have directed their focus.
Laflamme’s earlier research, conducted while at the University of Washington, was successful in growing and grafting the new heart tissue, but the results were less than optimal. The research animals tended to develop arrhythmias (irregular heart rhythm), which Laflamme speculated was a result of the patch having contained a mix of different types of heart cells, including pacemaker cells, which began working on their own rhythm rather than that of the host’s heart.

“These pacemaker cells,” explained Dr. Laflamme, “were being put in the wrong place and this is what we think was driving the arrhythmia.”

Enter Dr. Gordon Keller, Director of the McEwen Centre and an expert in the growth and applications of embryonic stem cells. Like Laflamme, Keller had long been interested in optimizing cardiac and vascular cells from embryonic stem cells for cardiovascular repair. “The key piece of technology that Keller’s group had,” explained Laflamme, “was a more precise way to grow the particular cell type that we need for replacing the heart muscle cells lost during a heart attack. We were already able to make human embryonic stem cells into heart muscle cells — cardiomyocytes — but his group had figured out how to take them one step further into ventricular cardiomyocytes.” Thus Keller could provide access to a population of more pure cells better suited to the purpose at hand.

Since Laflamme’s goal is ultimately to test his heart cells as part of a human clinical trial (the current project will work with a pig model in preparation for this), his next challenge was finding a way to grow the large numbers of cells needed and ensure they were at a standard high enough for clinical use. Once again, Toronto had the answer, in the form of the bioreactors housed in the Centre for Commercialization of Regenerative Medicine’s (CCRM) facilities, conveniently located a short walk down the street.

“In Seattle, we were able to grow up the requisite number of cells [about 1 billion cardiomyocytes for each transplant] for large animal studies, but we were doing it by brute force,” recalled Laflamme. “We could do it by growing many dozens of flasks of cells but of course that’s not scalable, it’s not economic and it’s hard to imagine how you’d be able to convert that process into something that is clinical grade. And CCRM can do this in a single bioreactor, so they’re obviously one of the key players on our disease team.”

The final piece of the puzzle is the expertise that Laflamme himself brings — a keen understanding of the electrical properties of the engrafted heart that had up until now had been missing from Toronto.
Since the problem in earlier studies had been the development of arrhythmias in the recipient animals — a problem that is electrical at its core and that could potentially be remedied with the more appropriate cells produced in uniform batches, the last remaining question will be to determine if it works.

Going back to move forward

To go forward, however, Laflamme found it necessary to back up a decade or two — all the way back to his early career, when he was studying the electrical properties of cardiomyocytes at the single cell level. Back then, Laflamme said, “people felt that this work was largely done, that we knew nearly all there was to know about electrical rhythms of the heart. I certainly wasn’t expecting to revisit these techniques. But, in 2002, when I began working with cardiomyocytes grown from human embryonic stem cells, we didn’t really understand their electrical properties. So I dusted off those old techniques and applied them to these new cells. I kind of came full circle.”

In Toronto, Laflamme will be applying these dusted-off skills as well as a new imaging technique that will allow his team to visualize the electrical activity in both the newly-formed heart muscle and the recipient heart. By combining this approach with EKG (electrocardiogram) recordings and catheter-based electrical measurements used in clinical practice, they will be able to better understand the electrical behavior of the engrafted hearts and test strategies to improve their electrical stability.

What he and his team will be looking for is new heart muscle that’s firing and contracting in synchrony with the host muscle. They’ll be testing it with the cocktail of imprecise cardiac cells used in the earlier studies in which arrhythmia was a problem and also with the more refined ventricular cardiomyocytes grown in the large-batch bioreactor.

“This is where the imaging capabilities will be very helpful. We can record the electrocardiogram to see if the animal experiences arrhythmias, but we can even go further and we can actually map the electrical activity. We can challenge the heart to stimulate arrhythmias to see whether grafts formed with one type of cell are more vulnerable to those formed using our newer, more precise cells,” Laflamme said.

Should the imaging provide the answers they seek, Laflamme and his colleagues will be one step closer to their goal of a human clinical trial — to be conducted in Toronto, of course.