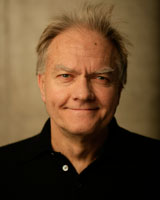 The eyes may be the window to the soul, but they also offer a glimpse into the potential for stem cell-based regenerative medicine to revolutionize the treatment of blindness, perhaps in the not-too-distant future.

Late-stage retinitis pigmentosa (RP) and age‐related macular degeneration (AMD) are each distinct diseases of the eye that gradually result in the loss of central vision. The former is a rare set of genetic disorders resulting in the death of light-sensitive rod photoreceptor cells in the retina. The latter is the most common cause of vision loss in people over the age of 50, and involves the gradual degradation of light-sensitive cone photoreceptor cells in the retina (called the macula). The progressive loss of photoreceptors in both cases can lead to similar dark outcomes, for which there is currently no cure.

“In terms of treatment for these diseases, the only thing that’s available right now is to try and slow down the degeneration, which is not good news for the people who live with AMD or RP,” says the University of Toronto’s Dr. Derek van der Kooy, a co-investigator on the team. “Of course, this doesn’t help anyone who is already blind. What’s exciting about the regenerative medicine approach is that we may be able to reverse blindness in people who do not have photoreceptors, either by transplanting them in or activating stem cells within a patient’s eye to make new photo receptors. This could really revolutionize the treatment of blindness.”

Dr. van der Kooy notes that the team is exploring three distinct approaches to the creation of new therapies for these diseases. The first essentially involves making photoreceptors in a dish in the lab and transplanting them into eyes affected by AMD or RP. In October 2020, Dr. van der Kooy and another OIRM co-investigator from the University of Toronto, Dr. Molly Shoichet, published results from a mouse model study that concluded injecting a combination of retinal pigmented epithelium (RPE) cells and rod photoreceptors restored some vision in mice with advanced stages of blindness. The authors concluded that the combination approach – delivered into the eye via a minimally-invasive hydrogel developed by Dr. Shoichet – was more effective than injecting either RPEs or photoreceptors alone.

The second approach, led by Drs. Wallace and Shoichet, seeks to slow disease progression and stave off blindness by controlling the transmission of key elements from injected photoreceptor cells to surviving host cells within the retina of AMD- or RP-damaged eye – a process known as material transfer.

The third uses small-molecule medications (most prescription pharmaceuticals fall into this class) to stimulate activation of retinal stem cells in the eyes of blind patients to produce new photoreceptors, essentially rebuilding the eye from the inside. If successful, this approach may have the added benefit of being a non-invasive solution that also avoids the potential of immunological reaction to donated cells. The challenge with this approach is to avoid the over-proliferation of retinal cells, which if left unchecked could grow into a tumour. The other challenge is that the newly produced photoreceptors in the eye will have the same mutations that cause death of the photoreceptors. However, the newly produced photoreceptors should last for decades before they again begin to die. Dr. Shoichet is leading work on a drug delivery vehicle that controls the length of time the cells proliferate.

This research is conducted in collaboration with Endogena Therapeutics, a Swiss-American company with a focus on addressing unmet medical needs associated with aging and genetic diseases. Endogena – which will develop novel drug molecules for the project – opened a satellite office in the MaRS Discovery District to be closer to the expertise found in Toronto-based retinal research labs.