Home / News and Events / Regeneration at your fingertips … literally.

Regeneration at your fingertips … literally.

How a cell of the nervous system is at the helm of the most advanced regeneration seen in mammals.

Recent breakthroughs in stem cell biology have given us impressive feats like growing mini-organs on a chip, modeling neural diseases in a dish, and teaching us more about cancers; but even our best progress pales in comparison to the innate regenerative capacities of fish, planaria, and amphibians.

While each of these seem incredibly unrelated to humans, a team of researchers in Toronto have shown us we might have more in common with them than we think — or at least a small part of us does. 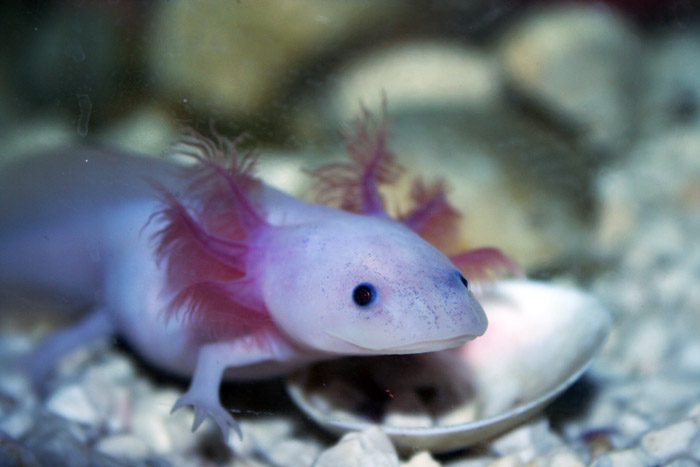 Planaria are perhaps the most remarkable of regenerators: you can amputate these aquatic flatworms more than you’d ever want to and from each chunk of tissue watch a new organism emerge. The freshwater minnow, Zebrafish, can regenerate a variety of tissues, including the heart, fin, retina, and central nervous system. Amphibians such as the Mexican axolotl (a type of salamander) can regenerate fully functional limbs after amputation.

The regeneration that occurs in these animals often involves multiple cell types from several different tissues — including bone, skin, and blood vessels — all being created at once and involving complex interaction with each other within their 3D environment. While more recent collaborations between biomedical engineers and biologists are leading to 3D generation of miniature mammalian tissues in hydrogels and bioreactors, regeneration in most mammals is typically much more restricted.

Restricted, but not hopeless.

Many tissues in mammals have resident stem cells that provide them with regenerative potential, but a coordinated regeneration of multiple tissues is not seen in humans and rodents except at the very tip of the fingers (or “digits” as they’re called in medicine). In order to regenerate a digit tip, a collaborative effort takes place between ectodermal (skin) stem cells, osteoprogenitor cells (cells that make bone or cartilage), and endothelial cells (cells that form the walls of blood vessels). So, we mammals can regenerate one small part of our body, but could this be applied to complex multi-tissue regeneration in other parts of the body?

Perhaps. The process that allows a mouse’s digit tip to regenerate is quite similar to that which allows salamanders to regenerate whole limbs. Both processes require the formation of a blastema, which is a temporary structure containing a group of undifferentiated cell types called mesenchymal cells. Our hair follicles also produce blastemas when a new hair is being regenerated, and the size of the blastema formation determines how long the new hair will grow.

But what controls how large and thus effective the blastema will be?

In a recent Cell Stem Cell article, OIRM researchers Freda Miller and David Kaplan, along with their collaborators at SickKids Hospital in Toronto, found the answer to that question may be a lot more promising than expected.

In amphibians, limb regeneration only occurs successfully in the presence of a nerve, and it turns out mammalian digit tips don’t regenerate well without a nerve either. There was already evidence that cells associated with the nerve help promote blastema growth in amphibians, and the research team wondered if the same might be true in mammals.

They tested their hypothesis in mice, and found that after an injury, the long, slender ends of nerve cells known as axons begin to degenerate near the injury site, freeing Schwann cells, the cells that usually surround and protect axons. Without the need to protect nearby axons, these Schwann cells revert back into their less mature state, Schwann Cell Precursors or SCPs. The SCPs then move to the injury site where, it seems, they are critical to regeneration.

Just how critical the SCPs are was shown by their absence — when the researchers removed either the nerves (which are surrounded by cells that will convert to SCPs) or the SCPs themselves, no regeneration would occur at all. They were able to identify several signalling molecules that were linked to the formation of the blastema that allows digit regeneration. These molecules are so potent that when they injected just one into a damaged digit they still saw regeneration even in the absence of Schwann cells or nerves. This is a strong indication that these factors are how SCPs orchestrate the blastema cells to expand to allow for regeneration.

So if SCPs already do all the work to make regeneration happen naturally, why bother studying them?

Well first, Freda Miller’s group is particularly adept at pursuing basic science that leads to clinical advances, as evidenced by their current clinical trial that was born from simply asking questions about how the brain works in normal conditions.

Second, nerves and their associated Schwann cells are found all over the body, which means that while regeneration is currently restricted to just the very tips of your fingers, the cells with the ability to orchestrate regeneration — SCPs — are not. In fact, other studies have shown that the loss of nerves impairs regeneration of the heart and skeletal muscle, hinting that perhaps SCPs may play a role in regenerating those tissues and could be harnessed for greater therapeutic potential.

By understanding how SCPs stimulate regeneration in the fingertip, we can better understand how we can mimic that process for regenerating other complex parts of the body in cases of injury or disease.