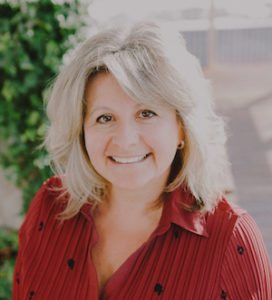 For University of Toronto professor and OIRM investigator, Dr. Cindi Morshead, the path to brain research was far from clear. Entering university, she wasn’t sure what she wanted to do and worried she was alone in not having a clear goal. That changed when, in her third year, she took a course about the brain and was instantly hooked. From there, Morshead went to work in Dr. Derek van der Kooy’s lab and knew she’d found her career route. “It’s OK not to know where you want to be or what you want to do,” she says now, years into a celebrated career in neural stem cell research. “I just said, I’ll keep doing this until I don’t like it anymore, and here I am.”

Where she is, is leading her lab and playing a key role in research projects, including the OIRM funded Disease Team project, Stem cell approaches to repairing damaged white matter in the brain of children and teenagersled by Dr. Freda Miller. Morshead’s projects focus on many areas of brain injury, from stroke to trauma and beyond, but all have the same basic research thread. “We’re using stem cells that we know live in the brain and trying to activate them to get them to promote self-repair, like wound healing of your skin,” she explains. “Your skin has stem cells and is able to repair itself and we think your brain might be able to do that too.”

Currently, Morshead is enthusiastic about many of the projects her team is working on, including one which uses an electric current to encourage cells from the brain to start dividing. From there, they hope to use electrical stimulation to move the cells to the region in the brain where the repair is needed. “We have shown that neural precursor cells will respond to electric fields with rapid and directed migration,” Morshead explains. “We can use clinically relevant electric fields to expand the size of the neural precursor pool in culture as well as in the brain, which of course, is relevant to regenerative medicine strategies aimed at activating resident stem cells to expand in number and go to sites of injury.”

Morshead’s work with Miller’s team at SickKids in Toronto has mainly focused on brain injury in children. Brain repair at a young age has the potential to greatly improve the lives of those affected, as well as providing economic savings for the health care system if young people no longer require a lifetime of expensive care or treatments.

For Morshead, biology also plays a fundamental role. “Children are an interesting population to work with because we know they have more stem cells,” she says. “If we want to find out what the potential is for repairing the brain, we should start where we have more plasticity, more ability to re-wire, and that’s really where we want to take our efforts.”

In addition to her work with Miller, Morshead is a co-investigator on Dr. Maryam Faiz’s 2018 OIRM New Ideas grant. Working with young investigators is an important part of Morshead’s role and she’s excited about the potential of this project. She also knows the value of mentoring young scientists, something that was much less common when she started her career. Morshead loves the opportunity to work on the intriguing ideas new scientists bring to the table, but she also provides trainees with opportunities to oversee students and offers advice in areas like people management and the practicalities of running a lab. In doing so, she hopes many will continue in the field and find the same career satisfaction she has.

Video captures from past OIRM workshops. 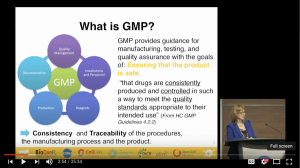