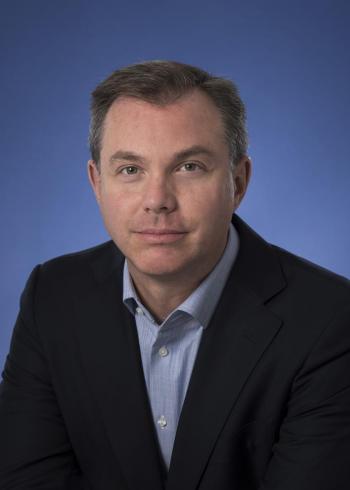 According to Dr. Michael Laflamme’s mother, the cardiac pathologist’s interest in science goes way back. “I don’t know if it’s true,” he says with a laugh, “but my mom once claimed she traces it back to a TV show in the 1970s called The Six Million Dollar Man. She says I would have a fit that the Six Million Dollar Man got all the credit and all he did was crash and hurt himself, and it was actually the scientists that invented all of the bionics who should have been the real heroes of the show.”

These days, Laflamme and his team at University Health Network’s McEwen Centre in Toronto have the potential to become real-life superheroes, as they work on a technique using stem cells to literally mend broken hearts.

“Our team is using pluripotent stem cells, a special type of stem cell that can give rise to all the cell types in the body, and we and others have worked out ways we can turn those cells pretty efficiently into cardiomyocytes or heart muscle cells,” he explains. “The leading cause of heart failure is a heart attack or myocardial infarction. During a myocardial infarction, you damage a region of your heart, and because the heart is so poorly regenerative, the damaged muscle is replaced by scar tissue. In simple terms, it’s that loss of that muscle, those force generating units, that sets many patients on the course for heart failure. What was previously muscle is now non-contractile scar tissue, so our idea is to repopulate that scar tissue with new replacement heart muscle. Our strategy seems intuitive, and it makes sense, but we’ve got to prove that it works. That’s what we’re doing with support from OIRM and other programs.”

OIRM has been funding work on this project since the very early days—prior even to Laflamme’s arrival at UHN in 2015. OIRM provided seed money to Dr. Gordon Keller, Laflamme’s close collaborator, for a pilot study in collaboration with CCRM to demonstrate the feasibility of scaling up the manufacturing process of these cardiomyocytes. This funding “has been absolutely essential for launching this work,” Laflamme says of OIRM’s support. “Cardiac repair is probably the applications in all of regenerative medicine that has the highest requirement in terms of the number of cells. A typical human infarct involves the loss of about a billion cardiomyocytes, so that’s the order of magnitude we’re looking to replace.”

Laflamme and Keller’s team has recently commercialized their cell production process with the creation of BlueRock Therapeutics—a $225M USD investment by Versant Ventures and Bayer. This step takes them closer to clinical trials and the opportunity to use this technique on patients. “I think scientific questions are important of their own right,” he says. “But if you can be doing something that can improve human health, that can improve the quality of life, in my case for those suffering from heart disease, it’s really motivating.”

He’s come a long way from his days of grappling with the injustices foisted upon fictional scientists, but Laflamme’s passion for biology still drives his work. “I remember looking under the microscope the first time I saw a beating heart muscle cell. Other cell types, they’re doing important things, but they’re just sitting there in the dish. Your islet cell from the pancreas, it’s doing something important that you can’t see, whereas a heart muscle cell contracts. You put an electrode in the dish and you can control how fast and when that heart muscle beats. I think of myself as a visual person, so my pupils dilated the first time that I saw cells we made beating in the dish… I don’t get tired of looking at that even decades later.”