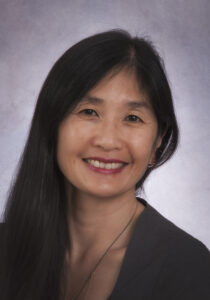 Stem cell researchers in Ontario working at the forefront of modern science are casting their gaze backward in time to test whether a 60-year–old drug can influence stem cells to repair certain types of injury in the brain.

Led by Dr. E. Ann Yeh, the team from the Hospital for Sick Children (SickKids) is set to launch a pilot clinical trial to assess the ability of metformin, a medication first marketed in 1957 for treating diabetes, to promote white matter repair in children and adolescents with MS. The trial builds upon research conducted by multiple scientists and independent labs.

White matter plays an important role in how messages from the central nervous system are passed to the peripheral nervous system to control organs and limbs. Myelin, a sheath of light-coloured proteins and fats that gives white matter its name, acts as insulator around nerve fibres and ensures electronic signals are sent accurately and efficiently. When the myelin sheath is damaged through trauma or the inflammatory effects of diseases like MS, these signals are interfered with, resulting in potentially significant impairment of cognitive and motor functions and other serious effects.

More than 77,000 Canadians currently live with MS, many living with recurring/relapsing symptoms that tend to worsen in severity and/or increase in frequency over time, leading to disability. Most cases are diagnosed in adults aged 20 to 49, but it has been identified in older adults, as well as children as young as two years of age. While considered a rare disease in the pediatric population – one study suggests an incidence rate of approximately one in 100,000 population in Ontario – being able to alter the progression of the disease early on in young people will go a long way to reducing the substantial impact MS can exert over their lifetime.

“Most medical treatments for MS address the underlying inflammation, but currently we have no good way to affect the progression of the disease,” Dr. Yeh explains. “MS affects children in the same way it affects adults, but when a pediatric brain is hit by an inflammatory disease, the trajectory of disability is different because young brains are still growing and evolving.”

“People with pediatric onset disease also experience a longer latency period between when they first get diagnosed and when they suffer from disability,” Dr. Yeh continues, “which means that disability develops around 35 years of age, during a key developmental period for many people in terms of social, personal and professional aspects of life.  So, anything we can do to repair the myelin in these patients and intervene in the progression of the disease would be of huge benefit to them.”

Enter metformin – an affordable, safe medication for treating type 2 diabetes that is now being researched for potential benefit in heart disease, breast and prostate cancers, dementia and stroke, among others. To date, Dr. Yeh and colleagues have demonstrated in animal models that metformin promotes neural repair by activating neural precursor cells to become oligodendrocytes, the cells that make up myelin.  In 2018, a team led by Dr. Donald Mabbott, one of Dr. Yeh’s collaborators, the safety and feasibility of using metformin in children in a pilot trial for brain repair and cognitive restoration in pediatric brain tumour survivors treated with cranial radiation. Other work has identified appropriate clinical trial outcome measures that will ensure improvements in white matter can be detected, and that they are statistically significant.

With support from an Ontario Institute for Regenerative Medicine (OIRM) Disease Team Grant, they’re about to launch a phase 1 trial in eight patients with active disease – an important step toward a large-scale randomized controlled trial in the future.

“The current study is a feasibility trial, which will help us understand whether a larger remyelination trial will be possible in the pediatric population,” Dr. Yeh says. “Ultimately, we want to improve white matter to the point that conduction of those signals is possible. We’re looking particularly at the optic nerve, which has a lot of myelin in it, and our hope is that we can improve vision and visual outcomes in our patients. This is the first remyelination trial in children with MS, so it’s a very exciting step forward.”

The study is expected to begin in earnest once Ontario has sufficiently reopened following the COVID-19 pandemic.

Dr. Yeh credits close collaborations not only among stem cell investigators at SickKids and other institutions, but also among research funding organizations such as OIRM and the Stem Cell Network, for moving the trial forward.

“It’s been an incredible experience, because of the real focus on creating partnerships that work – it really speaks to the importance of different funding bodies working toward common goals,” she concludes. “We are in an era of team science, where people with different expertise work together on various parts of a big question. If funders can also come together to create opportunities, we’re much more likely to see success.”