Stepping forward to a cell therapy for diabetes

This is an exciting time to be a diabetes researcher, especially if your focus is stem cells. Long considered to be an ideal candidate for a cell therapy approach, research in Canada and the US over the past three years now gives us the ability to grow functioning, insulin-producing beta cells.

These cells, when transplanted into diabetic mice (in both type 1 and type 2 models) have successfully reverted glucose to normal levels. Among stem cell scientists, there’s a sense that we are getting so very close to a cell therapy goal. 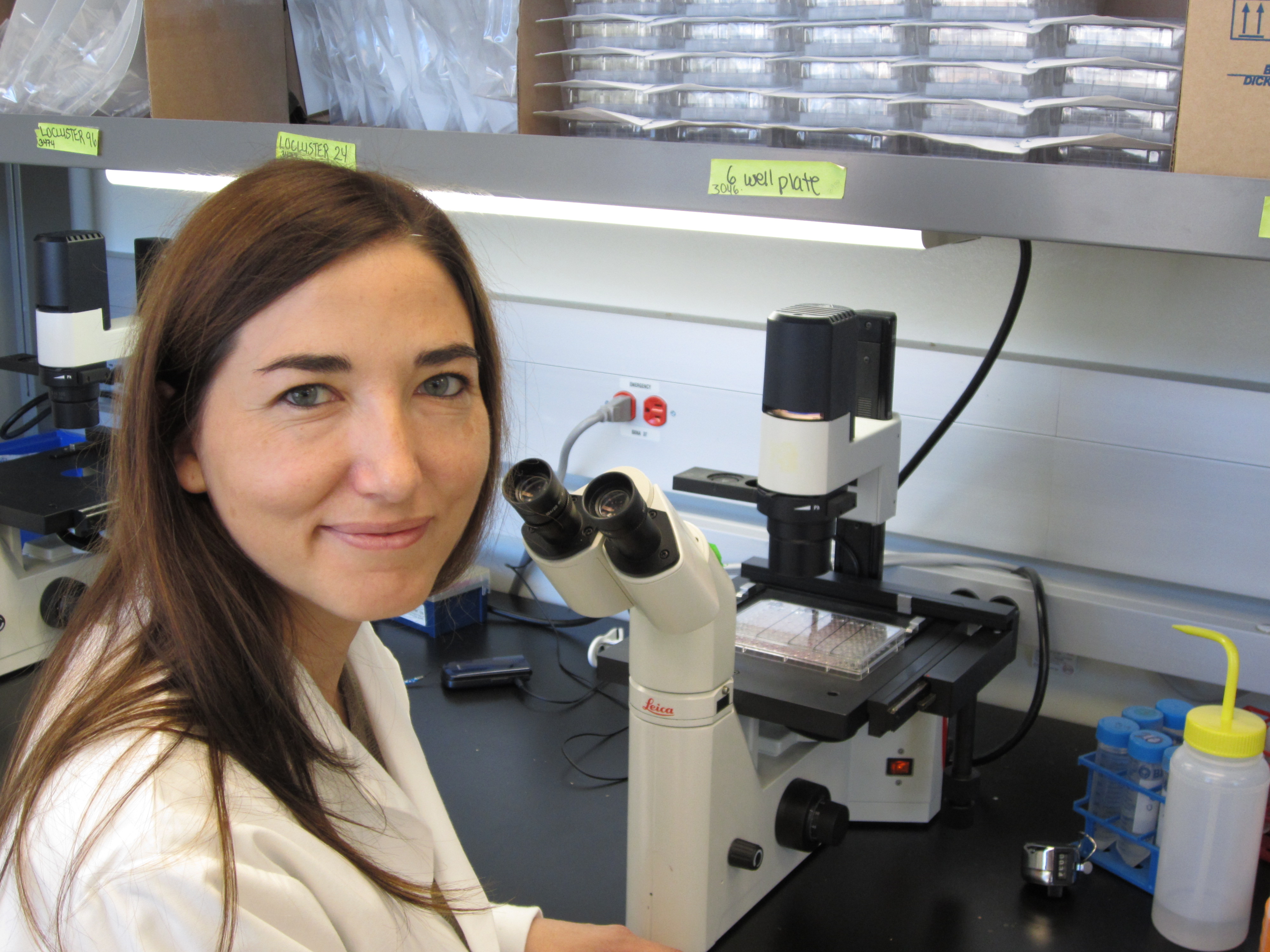 Dr. Maria Cristina Nostro, scientist at the McEwen Centre for Regenerative Medicine at UHN and a member of the Ontario Institute for Regenerative Medicine, is lead author on a follow-up study that will give researchers an added edge going forward. The findings, published in Stem Cell Reports, show methods to effectively generate larger populations of pancreatic progenitors (essentially, pancreatic cells that can produce beta cells) using a wider range of human pluripotent stem cells. This will enable more efficient testing of these cells across a larger number of labs, increasing the odds – and the speed – of obtaining that elusive cure.

Type 1 diabetes is considered an autoimmune disease, in which the immune system attacks a single cell type – the beta cell in the pancreas – effectively shutting down the body’s ability to produce the insulin needed to regulate blood sugar. As a class of diseases, there is much we don’t know about autoimmune disorders; high among them is what triggers the immune system to lodge an attack on healthy, functioning cells. Is it a disorder or change in the immune system itself, a change in the targeted cells, some unknown environmental or genetic factor, or something else entirely? Knowing this will be critical to developing methods to reverse these devastating diseases.
While many autoimmune disorders involve attacks on entire systems (i.e. the nervous system as is the case with Multiple Sclerosis), the fact that it is isolated to the beta cell in diabetes makes it a relatively easy fix, at least in theory. Getting from theory to practice requires a great deal of patience and skill in identifying the precise combination of genetic switches and steps – from among millions possible – to coax an unspecialized, pluripotent stem cell (such as an embryonic or induced pluripotent stem cell; essentially master “blank slate” cells capable of generating any cell type in the body) into a very precise, insulin-producing beta cell.
“We know that there are two different phases in the creation of pancreatic cells in the mouse,” says Nostro. The first paper in 2011 described the first phase: the production of pancreatic cells that do not create beta cells. “Now, we have identified the pathway for the second phase, which results in cells that are capable of producing insulin.”
The system described in the paper defines the precise steps to create pancreatic progenitors from pluripotent stem cells. With it, Nostro and lab mates in the Gordon Keller lab have been able to more efficiently create larger numbers of the phase two cells in vitro, which are able to then convert to beta cells upon transplantation into the animals tested.
Indeed, transplantation is the focus of a recent approval by Health Canada for a clinical trial to test one of the protocols for type 1 diabetes, following a similar move in the US. The exact location of the trial site is yet to be confirmed, but Nostro sees Toronto as a real possibility, owing to the strength of the research community, the current construction of a cell processing facility and stated interest on the part of at least one of the city’s larger hospitals. In addition, the recently established Ontario Institute for Regenerative Medicine has created a receptive environment for cell therapy trials, by connecting and focusing the province’s significant research and clinical expertise, manufacturing facilities and a highly tuned commercialization entity, the Centre for Commercialization for Regenerative Medicine.
“These kinds of trials are going to make our lives as researchers a lot easier, because they are going to tell us if the cell product developed in the lab is effective at treating type 1 diabetes and if we need immunosuppressants. We’ll be able to move forward much faster once we know this.”
Nostro and many others are already focused on the next big prize: a diabetes treatment without the need for transplantation.  “Now that we have beta cells in vitro, can we use them to screen for drugs that would allow them to survive better in an autoimmune setting. It’s not trivial, but at the pace we are going we should be able to generate patient-specific stem cells and use them to study how the immune system is attacking the beta cells.”
“Once we know this, we can develop new drugs that will modulate the immune system so that it ends its attack on the beta cells. It’s a long shot, but we have to dream big, right?”