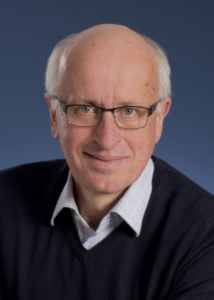 When Versant Ventures and Bayer announced the formation of BlueRock Therapeutics, a $225M investment in Ontario innovation, Dr. Gordon Keller was at the forefront. Keller and Dr. Michael Laflamme are leading one of BlueRock’s two platforms, which uses stem cells for heart repair, as it develops into a viable business model and moves closer to the clinic.

For BlueRock’s Chief Technology Officer, Dr. Robert Deans, the decision to invest in Ontario and in Keller was an easy one. “One thing you realize quickly in engaging Gordon is his directness for truth and his impatience with passivity,” says  Deans. “Gordon was a magnet for BlueRock based on his integrity and our realization that he’d always signal us objectively.  I’m proud to have met Gordon and hope that as a company we can earn similar peer recognition and standing. “

It was OIRM Disease Team funding that helped Keller advance his program in 2014. “The funds that have been flowing to the project have been instrumental in getting it off the ground,” says Keller, who notes that early investments from OIRM helped them to do the initial work needed before the University Health Network (UHN) brought in Laflamme to move things to the next level. “The grant has provided resources for us to do some of the key experiments to make this a credible project that’s going to move towards the clinic.”

Trained in Alberta, Keller has had a celebrated international career as one of the pioneers in the regenerative medicine space for his research on lineage specific differentiation. In 2007, he left his prestigious position in New York and moved his family to Ontario in order to take the role as director of the McEwan Centre for Regenerative Medicine, part of UHN.  “I saw that there were great opportunities in Canada and I thought it was a very rich scientific community where one could advance the field of stem cell biology.

This move has led to one of the province’s biggest success stories in the regenerative space and one which earned he and Laflamme the 2017 UHN Inventor of the Year Award. Keller had developed a protocol to create heart cells in the lab, these cells function similar to those cells found in the human heart, even having a synchronized beating rhythm. This work helped to better the understanding of heart development, but there wasn’t a way to determine their efficacy in the treatment of disease. At the time, there was not a strong experimental cardiac transplant program at UHN and Keller pushed to bring Laflamme, an expert in this area who trained under Dr. Charles Murry in Washington, to Toronto. Laflamme saw the potential for these cells to be used as a therapeutic and with their combined drive and expertise, have refined this work towards a cell based therapy.

Enter, BlueRock Therapeutics in 2016, for which Keller is the scientific founder and Lafamme a founding investigator. With Bluerock they are now working to commercialize their therapy, a huge boon to the Ontario regenerative medicine field. For patients, this could have significant impacts on the ability to recover from a heart attack, which would in turn have a dramatic impact on the additional healthcare costs the province pays for continued care of those living with heart disease.

“We’re making heart cells from human pluripotent stem cells. Pluripotent stem cells are a unique type of stem cell that can propagate indefinitely in a petri dish, but can also be instructed to make different cell types,” explains Keller. “The instructions we’ve been working on direct the cells to make human heart cells. It’s these heart cells that Dr. Laflamme then transplants into animal models to test their ability to repair damage.”

Pluripotent stem cells hold great promise for the future and OIRM is proud to be playing a continued role in moving this project closer to patients. “It’s about creating new cell types in a petri dish to repair human organs” say Keller, in this case its about repair of the human heart but these cells hold potential to treat numerous other diseases.

For more information on this project check out our research profile on Dr. Michael Laflamme.