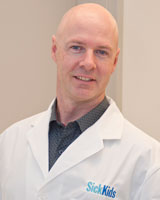 Our laboratory studies programmed cell death (apoptosis) of germline stem cells in the nematode worm Caenorhabditis elegans.  We use the powerful genetics and functional genomics of C. elegans to identify genes and pathways required to promote apoptosis with a focus on the p53 signaling network.  Unlike mammals, which contain three p53 family members (p53, p63 and p73), C. elegans contains a single p53-like gene (cep-1) that is required to activate apoptosis of germline stem cells in response to genotoxic stress.  We are also investigating the role of the insulin/PI3K pathway in cep-1-dependent and cep-1-independent germline apoptosis and have identified unexpected rearrangements of this pathway that cross-talk with the apoptosis signaling pathway at multiple levels.  Finally, we are developing genetic models of the human neurovascular disease cerebral cavernous malformations (CCM) in C. elegans.  We found that the worm homologue of human CCM1/Krit1 (kri-1) is required in non-dying somatic cells to promote apoptosis of neighbouring germline stem cells by a novel mechanism that cooperates with cep-1.  The long-term goals of our research are to develop models of cancer and CCM in C. elegans and identify novel therapeutic targets that might be exploited for treating these diseases in humans.