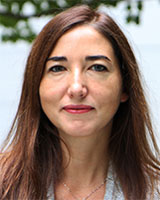 The loss of beta cells in Type I Diabetes ultimately leads to insulin dependence and major complications that are difficult to manage by insulin injections. Recent improvements in islet transplantations for the treatment of Type I Diabetes are increasing the likelihood of finding a possible cure for this disease. However, the requirement for 2-3 donors per transplantation and the scarcity of donor pancreata has launched the search for an alternative source of beta cells for cell therapy purposes. Human embryonic stem cells (hESCs) and induced pluripotent stem cells (iPSCs) offer the ability to generate these cells in vitro, with the potential to rapidly translate basic scientific discoveries to therapeutic applications.

The focus of the Nostro lab is to elucidate the signaling pathways governing the formation, expansion and maturation of pancreatic progenitors using human pluripotent stem cell directed differentiation. Through this in vitro approach we aim to understand the genetic and epigenetic program that dictates pancreatic development and beta cell maturation. Due to the very limited accessibility of the human embryo, this represents a powerful and unparalleled system to understand key human developmental processes. Furthermore, patient-specific iPSC directed differentiation will allow us to study disease development and progression in ways that were previously inconceivable.

Our long-term goal is to translate the results of our studies to the clinic and to establish in vitro culture systems for disease modeling, drug toxicity and discovery assays.