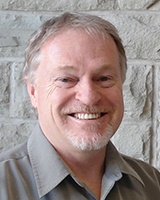 Our research program is engaged in examining the over two dozen distinct human diseases linked to genes that encode the proteins (connexins) used in gap junctional intercellular communication. Mutations in 50% of the 21 connexin gene family members result in conditions ranging from developmental abnormalities that include hearing loss to life-shortening organ failure.  We use a multidimensional approach involving organotypic cultures, genetically-modified mice, connexin-linked disease patient cells, and human inducible pluripotent stem cells to interrogate the scope of mechanisms that lead to disease in some tissues while other organs are spared. Once it is better understood how connexin gene mutations cause diseases and deformities that often intensive in aging, it is anticipated that these findings could be translated to pre-clinical studies and possible treatments of gap junction-linked diseases. In 2005 our program extended to the interrogation of a second family of channel forming proteins called pannexins which we proceeded to clone, sequence, and characterize. Pannexin expression and functional levels have been linked to over a dozen diseases of varying severity but their causal role(s) in disease onset and progression are only beginning to be understood.