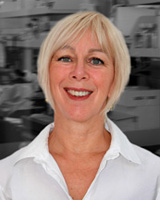 During embryonic development, the mammalian nervous system is confronted with a problem of enormous complexity: to progress from a thin sheet of neuroepithelial stem cells to a network of neuronal connectivity that is able to process sensory information and generate an appropriate motor output. One way the nervous system achieves this end point is to overproduce neurons and neuronal connections and then eliminate the cells and connections that are not appropriate, a process that is not limited to the developing nervous system. Many of the same cellular mechanisms remain “in place” in adult animals, allowing structural and functional remodeling in response to physiological stimuli and providing repair mechanisms for the injured or degenerating mature nervous system. These complex developmental processes are determined by an intimate interplay between intrinsic cellular programs and environmental cues. Within this broad context, my laboratory is interested in understanding how growth factors in the neural environment (1) regulate the genesis of neural cell types from embryonic neural stem cells and (2) determine neuronal survival, growth, and ultimately connectivity. In addition, we hope that the lessons we learn from studying neural development can be used to understand and potentially repair nervous system diseases and injury. With regard to the latter goal, one approach we have taken is to identify and characterize stem cells that have neural potential.  We therefore focus on two populations of stem cells, the embryonic neural stem cells that build the developing brain, and a population of adult stem cells we have identified within mammalian dermis that show some neural potential.

With regard to embryonic neural stem cells, we have focused upon precursors within the developing cerebral cortex, where precursors generate neurons first and glia second.  In this regard, our work has defined signaling pathways that regulate the genesis of these cell types from embryonic neural stem cells and has provided insight into the mechanisms that govern this sequential, timed cell genesis. More recently, our work has led us to ask whether genetic perturbations in these signaling pathways alter normal neural development and thus cause the cognitive or behavioral dysfunction found in certain genetic syndromes. In particular, we have hypothesized that perturbations in the timing and numbers of different neural cell types generated during embryogenesis have a profound impact on later developmental events such as neural circuit formation and ultimately neural function. We recently found at least one genetic disorder, Noonan syndrome, where this seems to be the case for the 30 to 50 percent of these individuals who have learning disabilities or mental retardation. In a mouse model of Noonan syndrome, the aberrant, genetically defined activation of the phosphatase SHP2, which underlies this syndrome, perturbs neural stem cell behavior, leading to inappropriate numbers of neurons versus glial cells. We hope that these types of studies will provide new ways to think about a group of devastating developmental disorders and will shed light on the normal and pathological development of the brain.

Adult stem cells have also attracted considerable interest because of their therapeutic potential and the insights they provide about the normal biology of adult mammalian tissues. We previously identified, isolated, and characterized SKPs, a population of multipotent adult stem cells that first appear in the dermis of rodents and humans during embryogenesis and persist into adulthood. We obtained evidence that SKPs represent an adult stem cell for the dermis, and we are currently testing this possibility by asking whether they are important for dermal maintenance and repair, for hair follicle formation, or for both. We also discovered that SKPs share properties with embryonic neural crest stem cells and are pursuing this finding in two ways. First, we are asking whether SKPs can generate the many and varied cell types that the neural crest produces during development. We now have evidence that these neural crest–related cells generate bona fide myelinating Schwann cells that not only myelinate an injured central nervous system (CNS) but also provide benefits in animal models of spinal cord injury. Second, we are asking whether human SKPs can be used as a general tool to study events that lead to human neural crest disease pathology. There are a large number of genetically defined neurocristopathies and peripheral neuropathies about which we know very little. We hope that, by generating SKPs from these human patients, we will be able to study the relevant neural crest–derived cell types at a molecular/cellular level and thus obtain novel insights into the pathology underlying these syndromes. We believe that these studies not only will shed light on the function, biology, and potential therapeutic utility of one type of adult stem cell, but also may ultimately provide important insights into a group of genetic disorders that are currently poorly understood.