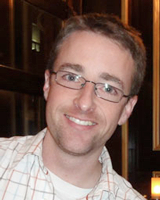 Dr. John Vessey is a developmental neurobiologist interested in the neural precursor cells that generate the cortical neurons and glia of the adult brain. Specifically, he is fascinated by how these precursors undergo asymmetric cell divisions that typically generates one differentiated cell and one recurring precursor. His current research focuses on the asymmetric distribution of specific mRNAs that, after mitosis, will be inherited by only one of the resulting daughter cells.

Typically, these localized mRNAs encode for transcription factors that either activate genes important for differentiation or repress genes important for maintaining a precursor identity. While this mechanism is well understood in other model organisms, such as flies, it is less well-understood in mammals. Work is ongoing to identify signaling pathways that instigate this process, as well as the molecular machinery involved in the asymmetric distribution of mRNA populations. Curiously, it is becoming apparent that many of the genes implicated in the development of cognitive impairments, such as Autism Spectrum Disorder, play a role in this event. This suggests that even though these impairments often do not clinically manifest until the postnatal period, developmental deficits can occur at a much earlier time point.  The long-term goal of my research is to advance our understanding of neurodevelopment and how this process is disrupted by disease.