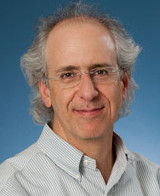 A major focus of our laboratory is the identification of signal transduction pathways controlling early events in hematopoietic and lymphopoietic development. One class of molecules studied in our laboratory are receptor tyrosine kinases which are highly conserved molecular ‘switches’ involved in developmental processes. In particular, we study the Kit and Flt3 receptor tyrosine kinases which are expressed on early hematopoietic progenitor cells. We have identified novel signalling molecules which regulate the function of each of these receptors and are currently interested in how these pathways participate in differentiation, cell cycle control, and cell survival responses. We have cloned 3BP-2 as a linker molecule which couples the Flt3 receptor tyrosine kinase to the Abl protein tyrosine kinase and induces the translocation of Abl into the nucleus. Abl participates in cell cycle control and DNA repair mechanism following DNA damage. Analysis of mice deficient in either Flt3 or Abl have shown that both are important in early B cell development. We are currently analyzing the molecular basis for the Flt3:Abl pathway during B cell development. A second linker type molecule identified in our laboratory is termed Socs1 (for suppressor of cytokine signalling). Socs1 binds to Kit and suppresses Kit- mediated mitogenesis while permitting signals which support cell survival, a state which favors cell differentiation to occur. In an attempt to understand the capacity for Socs1 to interfere with Kit dependent growth pathways, we have identified several Socs1 binding proteins. One of these currently being studied is the hematopoietic specific guanine nucleotide exchange factor, Vav. Socs1 binds to a negative regulatory region of Vav and suppresses its exchange activity. The structural basis for the regulation of Vav by Socs1 is currently under investigation. In order for T cells to become activated they must receive signals from both the T cell receptor and the CD28 cell surface receptor. A second area of research in the lab involves determining the biochemical pathways which are required during CD28-mediated costimulation. These pathways may be involved in regulating the amplitude of the T cell response, the longevity of this response, and the production of a memory T cell subset. We have identified several proximal signalling molecules which bind to the cytoplasmic tail of CD28 and are currently studying the biologic role these molecules specify in vivo during CD28 mediated costimulation using a transgenic approach.