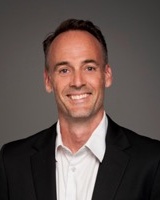 The Screaton lab focuses on the use of large-scale functional high-content screens to identify novel genes that regulate cell biological processes. We are interested in the problem of why adult human beta cells – the cells that make and secrete insulin – will not divide to make new beta cells.

Using genetic technology aided by robotics, we have identified two genes, p18 and p21, that act as inhibitors of adult human beta cell proliferation. As part of this ongoing project, we have proposed that there is a genetic program consisting of a network of genes that is turned on in adult human beta cells that permits insulin secretion but is antagonistic to proliferation.

As a consequence, we have become interested in using both human embryonic stem (hES) cell-derived and human adult-derived stem cells to understand the genetic and functional differences between primordial cells that will divide, and mature cell types that will not.

The goal of this research is to provide alternative therapies for patients with Type 1 Diabetes that are designed to promote regenerative behaviour of both exogenous and endogenous beta cells.