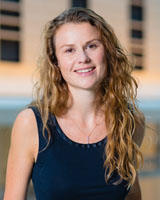 My research focuses on heart development and on advancing new regenerative therapies to treat cardiovascular disease. I am particularly interested in pacemaker cells and the electric conduction system that regulate the heartbeat. Failure of the hearts conduction system results in life threatening, irregular or slow heartbeat and requires implantation of an electronic pacemaker device. Approximately 21,000 Canadians receive an electronic pacemaker every year, a number that is steadily increasing with an aging population. While representing an effective treatment, electronic pacemakers have a number of disadvantages including the need for recurrent battery replacement, risk of lead infections, lack of communicating with the autonomous nervous system and lack of adaption to growth in paediatric patients. Stem cell-derived biological pacemakers could overcome these disadvantages and represent an attractive future therapy.

In order to test the ability of stem cell-derived pacemaker populations to function as biological pacemakers and regenerate the conduction system of the heart we are employing in vitro and in vivo assays including multielectrode arrays and small and large pre-clinical animal models.