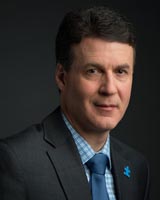 Research characterizes structural and copy number variation (CNV) in the human genome and examines the role of genomic variation in Autism Spectrum Disorders (ASD). Long-standing endeavours include the study of human chromosome 7 as a model of the chromosomal basis of disease and building genomics infrastructure to facilitate biomedical research in Canada. Over 550 peer-reviewed papers and 23 patents document this work (cited in ISI Web of Science >47,309 times; H-index of 100 and in Google Scholar >73,579 times; H-index of 124; ISI Essential Indicator placement of top 1%- actual 0.001%- worldwide, of scientists publishing in the disciplines of molecular biology and genetics over the past decade). Selected in 2014 as a Thomson Reuters (now Clarivate) Citation Laureate in Physiology and Medicine “for the discovery of large-scale copy number variation and its association with specific diseases”.  Founded the Database of Genomic Variants, the world’s most utilized CNV and structural variation database, which facilitates thousands of clinical diagnoses every day. Led numerous projects culminating in significant discoveries defining CNV, and specific genes affected by CNV and other mutations, to be involved in Autism Spectrum- and related- disorders. Leads the Autism Speaks MSSNG “Open Science” project, with Verily/Google, to perform whole genome sequencing of thousands of families to sub-group the ASDs for precision medicine. Numerous honours have been received including an international Howard Hughes Medical Institute Scholarship (2002), the Steacie Prize in the Natural Sciences (2004), Fellow of the Royal Society of Canada (2007), the Premier’s Summit Award for Biomedical Research (2008), Fellow of the American Association for the Advancement of Science (2011), the Queen Elizabeth II Diamond Jubilee medal for contributions to Canada (2013). Is also a Fellow of the Canadian Institute for Advanced Research and the Director of the $50M University of Toronto (UofT) McLaughlin Centre with a mandate of ‘advancing genomic medicine through research and education’, as well as The Centre for Applied Genomics, Canada’s first genome centre. Holds the GlaxoSmithKline-CIHR Chair in Genome Sciences at the Hospital for Sick Children and UofT. Building from contributions to understanding the genomic architecture in ASD, is now also expanding research to include functional studies and therapeutic targets.