Home / News and Events / Dr. Robert Deans – A look at the OIRM role in the BlueRock success story

Dr. Robert Deans – A look at the OIRM role in the BlueRock success story 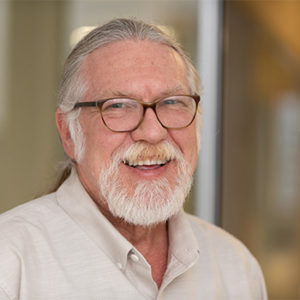 When the news broke in September that Bayer AG had acquired BlueRock Therapeutics in a move that could potentially be worth more than $1B, BlueRock’s Chief Technology Officer, Dr. Robert Deans, sent a note to OIRM’s President, Dr. Duncan Stewart. In the message, he acknowledged the important role the Institute played in helping to develop BlueRock’s lead technology.

In 2014, Dr. Gordon Keller approached OIRM about funding a pilot study, in collaboration with CCRM, to demonstrate the feasibility of scaling up the manufacturing process of stem-cell-derived cardiomyocytes. Keller’s team and others in the field had developed a process to turn pluripotent stem cells into cardiomyocytes (heart muscle cells), which they thought could be used to repair tissue damaged in a heart attack. Now Keller needed seed funding to move the project forward and, after an extensive review of the work, OIRM felt confident in the investment. With the addition of Dr. Michael Laflamme to the team in 2015, the project’s potential became even stronger.

Since 2014, OIRM has invested more than $2M into the project, funds that Deans believes were critical to moving the project from being a scientifically sound idea to the point where it was a strategically smart investment.

“BlueRock invested in the Toronto ecosystem because of work that OIRM had supported from Dr. Michael Laflamme through the McEwen Institute,” he says. “It was really the strength of the science under OIRM’s guidance, in my view, that led to our decision to launch and build BlueRock Therapeutics in the Toronto-area. Two years and 65 employees later and we’re still smiling.”

For Deans, there are two technology issues that determine whether a stem cell therapy will make it from the lab to the clinic: can you make the cell product you need to deliver, and do you have control of the biology so that you can confer the needed therapeutic properties on that cell? Those barriers must be overcome before a therapy advances and before a biotech or pharma will consider starting to move it towards the clinic. “The key funding OIRM supports is really targeted on the first two hurdles,” he says.  “So, whether it’s moving through the regulatory bodies and institutions to get it into the clinic, or whether it’s looking to secure funding to advance into the clinic from the private sector, those are the two gatekeepers. Being able to seed money into high calibre institutions that can effectively translate early experimental findings against those two hurdles, everybody wins.”

This sort of support is crucial and it’s something OIRM has excelled at providing. Identifying promising therapies and helping them navigate towards successful clinical trials is key to the Institute’s mission and has led to the development of multiple clinical trials and company creations in the province.

“The seed funding that OIRM has been providing to date has obviously been very successful from my perspective in helping small biotech get launched,” says Deans. He would like to see that funding envelope increased to give the Institute the ability to bring these programs to a later phase of value creation—something that would have the added benefit of creating more confidence in potential investors and encouraging them to bring their investment dollars into the province.

“I think it really requires the public having an appreciation that these are not lost dollars that are going into undirected research. These are really very focused activities that have an acquirer in sight at the end,” Deans explains, noting it’s not always easy for the public to see the potential value of these investments, often of government dollars, when they only see the output of funds and not the potential returns.

“I think the other avenue for improvement here is to form tighter coalitions between the private sector and institutions that are translating these new therapeutics, so that the acquirers have an idea of the technology at an early stage and line up to help support it, and vice versa,” he says. “All of this results in therapies moving into the clinic sooner. And with accelerated regulatory opportunities it means the people that need these therapeutics are going to get access quicker. I think once the public understands how dramatically this support can accelerate bringing these new opportunities to patients, they’ll be supportive.”

BlueRock, with its bustling Toronto office is just the first of many therapies in which OIRM has made an initial investment. Only five years since its founding, OIRM is already showing its ability to identify therapies with exceptional potential and turn those into sound returns that support Ontario’s patients and its economy. The future of Ontario’s regenerative medicine industry is strong, so long as strategic investments into viable therapies continues to be a priority.